Rally driver Gina Walker – racing ahead in a man’s world 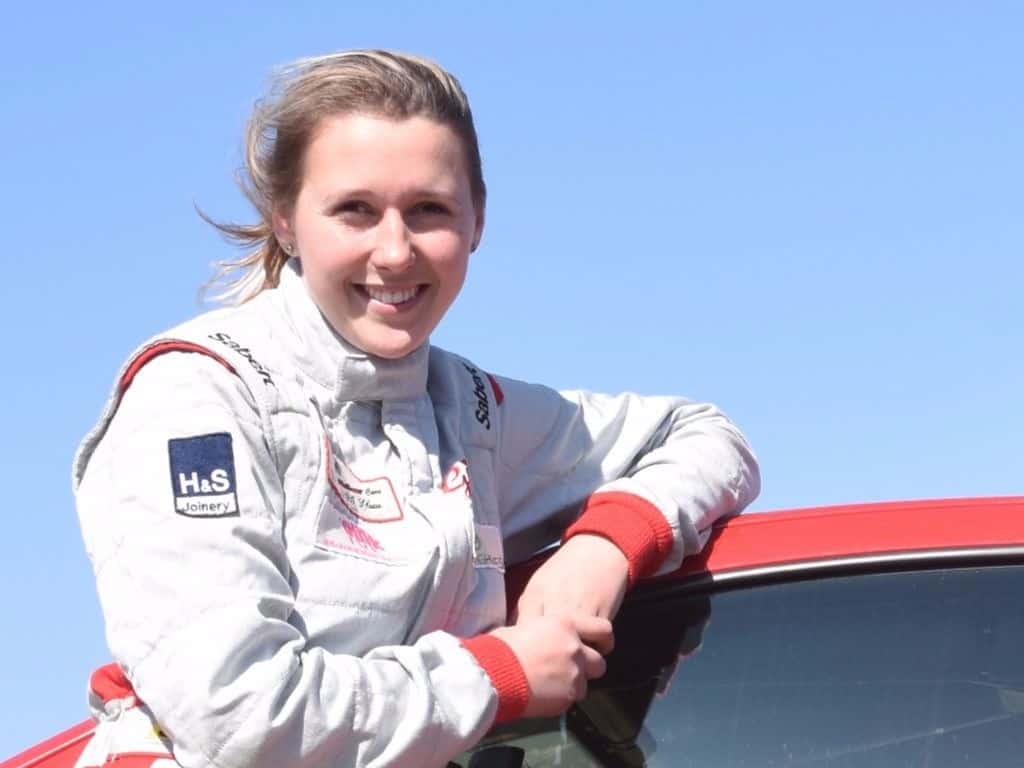 Fleming Homes are delighted to be lead sponsors for 22-year-old rally driver Gina Walker, as she races ahead on her exciting career. Like timber frame building, rally driving is traditionally a man’s world, but Gina is resolutely turning the tables, inspired not least by the stellar international career of her mother – none other than Louise Aitken-Walker MBE, the first Ladies’ World Champion.

Gina got the competitive racing bug as young as 8, flying about the fields of Berwickshire with her brother, John. ‘We drove everything, from go karts to buggies, quads, motocross… we were very competitive, so I’ve just grown up with it,’ she says. ‘So when it comes to racing with men, it’s not an issue. If your times match up with the top boys, it’s a level playing field.’ Gina’s also blazing a trail as the only woman mechanic at Aitken-Walker Cars in Duns, while building her reputation in competition.

‘I started out doing the Berwickshire Autotest in a Peugeot 205 which I borrowed from Pearsons of Duns,’ says Gina. ‘We got to Stage 4 and the clutch went. Then I got a Citroen C2 from Ecosse Challenge coordinator Andrew Pemberton on a pay-for-what-you-break-basis, and won First Junior and third overall, which was a great start.’ As she admits, one of the challenges of rally driving is the expense. ‘Tyres, repairs, the cost of entries… it’s only thanks to the generosity of supporters and sponsors like Fleming Homes that I can push myself further, and get my name out there.’

Fleming Homes’ support is also highly hands-on, with the involvement of Technical Director Richard Simmonds as Gina’s co-driver! ‘Richard does the notes and organisation, and is next to me on every rally. He’s so experienced and calm, which takes a load off my mind and lets me concentrate on the driving.’

Growing up in Berwickshire, Gina wasn’t short of rally driving heroes, with Jim Clark and her world champion mum Louise on hand for advice and inspiration: ‘She knows my frame of mind, and what to say, when to push, when to go steady’. Gina says her heroes, who also include Richard Burns, have ‘ignited a fire’, and now that she’s got a taste for winning, there’s no going back.

So what’s it like in the hotseat? ‘It’s a bit blurry! When you get to fast corner after corner, it’s slidey and scary. You get a great adrenaline rush. It’s a fantastic feeling when everything clicks, and your times show you’ve had a good stage.’

Now she’s looking ahead to the rest of the Ecosse Challenge: Dunoon, Aberdeen and the Galloway Hills, with Mum Louise’s top advice ringing in her ears: ‘To finish first, you first have to finish.’

Best of luck, Gina! Everyone at Fleming Homes is thrilled to be following you on your exciting career.