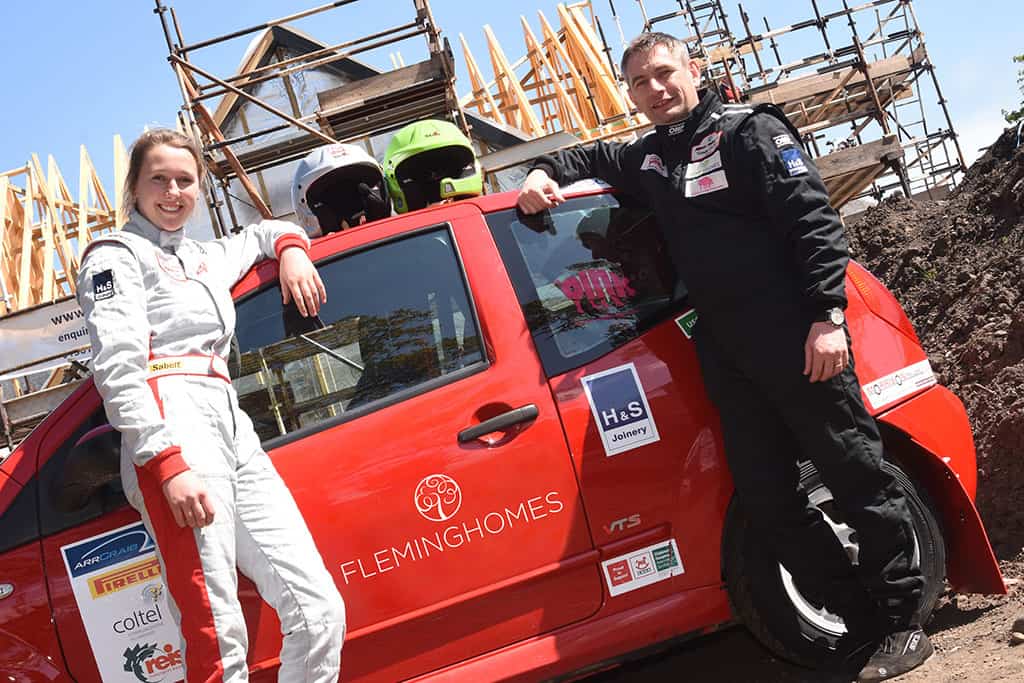 Fleming Homes will take the role as lead sponsor across the remaining four rounds of the Ecosse Challenge, where Gina is already sitting at the top of the C2 leader board after round 2.

Rallying is in Gina’s DNA (her mother is former rally driver Louise Aitken-Walker MBE, the first ever Ladies World Champion). For Fleming Homes it’s in the family too as Richard Simmonds the company’s Technical Director is in the hot seat as Gina’s co-driver. Richard currently tops the co-drivers’ points table making the pair a force to be reckoned with as they go into the Scottish event on 20th May.

Hayden Martin, Managing Director of Fleming Homes said “We operate in a very male dominated industry and so we’re delighted to be sponsoring a woman who clearly has the drive and determination to succeed in a tough sport which is under represented by female participants. We’re really excited to be supporting Gina at this early stage in her rally driving career. She’s clearly got a very bright future in motorsports ahead of her.”

Gina Walker said “It’s great to have Fleming Homes on board. With each timber frame house the company designs and constructs they help people build their future. Now they are helping me to build mine”.